When does it make sense to interpret the main effects in the presence of interaction?

When we analyze data, one of the main rules that we learned is that we should not interpret the main effects when their interaction is statistically significant.
Actually this rule is, in some cases, an inconvenient simplification. In my opinion the opposite is true: when a significant interaction emerges from the analysis of the data, it is absolutely necessary to describe and give an interpretation of what the main effects tell us.
Let’s discover two examples. In the first example the rule appears to be correct. In the second one, no. 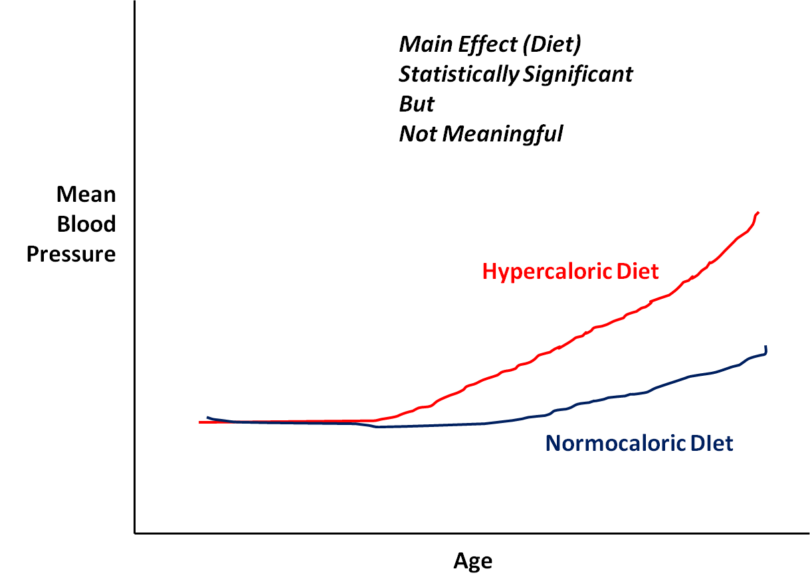 The arterial pressure will rise only for one of two categories (high-calorie diet), while for people who follow a normal calorie diet style, it will remain stable for entire life (or will increase slightly).

Example #2: the main effects that can be interpreted

The results we obtain are the same as in the first example: both main effects (age and hypercholesterolemia / healthy group) and their interaction are significant. 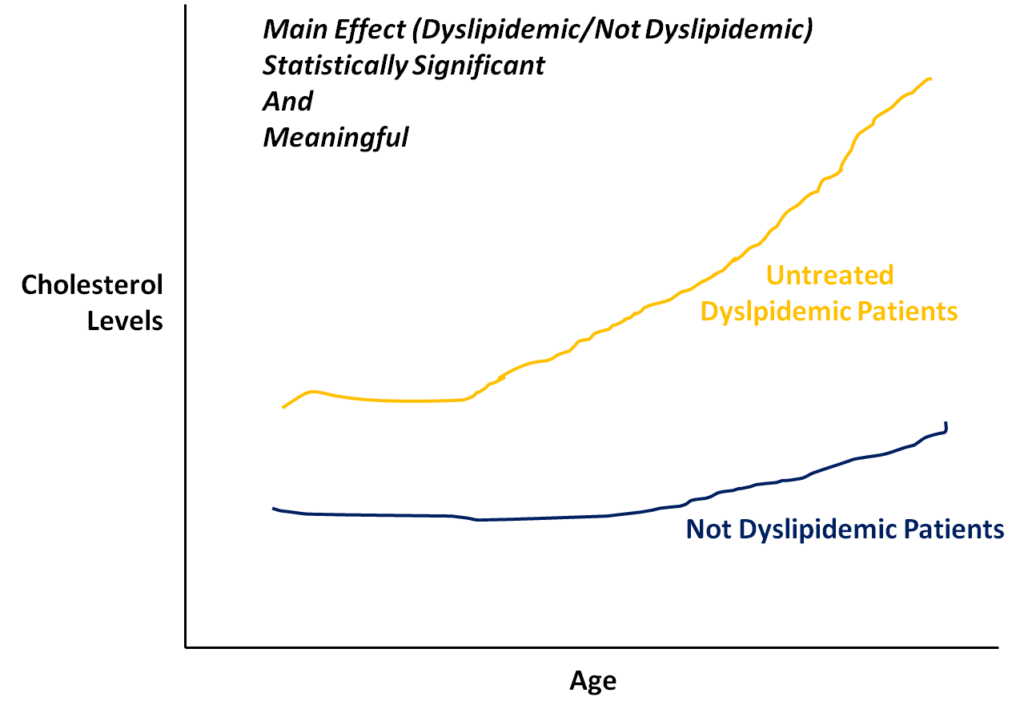 However, this graph clearly tells us that the main effect of the presence / absence of the disease is present throughout the study, regardless of age.

Starting from the birth date, the fact of being affected or not by familial hypercholesterolemia determines the value of cholesterol in the blood significantly. Then, the effect of the interaction between the presence of the disease and age can increase this difference (especially if the disease is not treated).

This is a scenario in which the main effect gives us a very precise information that must be interpreted and communicated when we publish the results of the study.

To summarize, what should remain in the mind of the researcher who interprets the data, is the meaning of the data. Relying on “pre-established rules” can be convenient and sometimes very useful, but this does not mean that we can’t observe and interpret the clinical reality that the data provide us with.

THANKS FOR YOUR ATTENTION!